Harry and Meghan have made this year’s Time 100 Most Influential People of 2021 list with a short profile written by chef Jose Andres, who is founder of World Central Kitchen.

The Sussexes’ Archewell Foundation has partnered with the non-profit organisation, that helps feed communities worldwide, including in the aftermath of natural disasters.

The couple also wrote in praise of Dr. Ngozi Okonjo-Iweala for the publication’s annual list of Most Influential People, who became the first woman and the first African to lead the World Trade Organization. 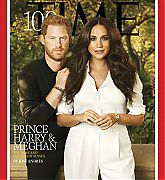 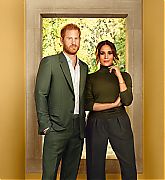 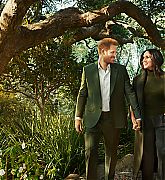 Meghan Markle Joined a Yoga Class After Arriving in N.Y.C.: ‘There Were Lots of Knowing Smiles’
Fringe Screencaptures
Meghan Markle Has a Big Interview Coming Up