First and foremost, the Suits actress has picked her wedding dress designer!

A royal insider confirmed to E! News that Meghan enlisted the help of her bestie and Canadian bridal stylist Jessica Mulroney to help her with the process of picking the right gown.

“This was Meghan’s first fitting with the designer and a chance for her and Jessica to look through a number of different designs,” the insider tells us, noting the fitting was top-secret and the designer is only known by about five people.

“During the appointment, Meghan was able to narrow down what she liked and disliked,” our source explained. “Some of their favorite design elements includes embroidery and sleeves.”

In fact, royal reporter Omid Scobie told Good Morning America, “Meghan expressed the desire to wear something simple and classy and very elegant. They’ve tried on a number of different designs and are currently whittling it down to pick the best design for the day.”

And Harry has made sure to give his soon-to-be wife plenty of space as she picks her dress.

“Harry made himself scarce, giving the girls plenty of private time to kind of have their meetings with the designers and, of course, choose other wedding elements,” the royal reporter dished. “Harry’s kind of made it clear that he wants to make this about Meghan.”

But Jessica’s time with Meghan has been spent on more than just her dress.

“Alongside dress planning, Jessica is guiding Meghan through a number of wedding day details, helping pull together ideas and resources from her impressive contacts book,” our insider tells us.

Scobie paralleled that note, telling GMA, “Jessica Mulroney has a rich history when it comes to…wedding planning and bridal styling. It’s not just the dress she’s involved in. She’s actually helping with a number of elements for the big day and I think Meghan is really relying heavily on her expertise and a lot of the decision she has to make, and there are many.”

In fact, the royal reporter says Jessica’s daughter, Ivy, will be the flower girl in the wedding. Prince William and Kate Middleton’s daughter, Princess Charlotte, is also reportedly set to be a flower girl, while their son, Prince George, will be a page boy.

As for the guests, GMA reports the high-profile list could include: Barack Obama and Michelle Obama, Canadian Prime Minister Justin Trudeau and first lady Sophie Gregoire Trudeau as well as some of Meghan’s celebrity friends like Priyanka Chopra, designer Misha Nonoo and tennis GOAT Serena Williams.

Harry has also reportedly put Ed Sheeran at the top of his list to perform at the wedding after-party.

Prince Harry and Meghan are set to wed on May 19 at St George’s Chapel at Windsor Castle, and we’re told Meghan is “incredibly excited” that everything is coming together.

Prince Harry and Meghan Markle are planning a fairytale wedding with a ‘white and classic’ theme when they walk down the aisle in May.

But the American bride-to-be – who is said to be ‘very hands-on’ with the wedding plans – also intends to surprise their guests with some ‘quirky’ elements, according to royal sources.

The Duchess of Cambridge installed an ice cream van and burger stalls at Buckingham Palace for her evening reception in 2011.

Her sister, Pippa Middleton, brought in table tennis tables for her nuptials last year, and played a match with tennis star Roger Federer, who then took on Kate, William and Harry.

Now Harry, 33, and divorcee Meghan, 36, want to have some surprises of their own at Windsor Castle on May 19, although it is not known what they will be.

A palace insider said: ‘Miss Markle has described it as reflecting a fairytale wedding, which, of course, is really what it is.

‘Staff have been struck by how unbelievably happy they are together.

‘They are having huge fun planning this. No one has ever seen Prince Harry quite like it.’

When it comes to food, Harry is following in the footsteps of his father, Prince Charles, with a ‘best of British’ theme.

The source added: ‘I wouldn’t be surprised if the menu eventually reflects some of Meghan’s Los Angeles heritage.’

Harry and Meghan have been more involved in the planning of their wedding than most royal couples.

They have made it clear to royal staff that while normal protocol will be respected in terms of seating, invitations and the guest list, they want their nuptials to be a ‘toned-down affair’ rather than one of starchy formality.

The couple are said to want their wedding to mirror their own tastes and personalities instead of the institution of the Royal Family.

One insider said: ‘They want it to be fun and reflective of themselves as a couple and of their family and friends that will be there.

‘It will still very much be a royal wedding – just not a traditional one.’

The Lord Chamberlain’s Office, which is responsible for organising any events on the Queen’s programme that involve such ceremonies, would normally be responsible for a royal wedding, in conjunction with The Master of the Household’s Department, which handles official and private entertaining across all the royal residences.

But Harry and Meghan are also bringing in a team of their own wedding planners, as well as the society caterers Table Talk.

One source told how Miss Markle was taking a ‘very hands-on role with the organising process’, adding: ‘In fact, Harry insisted on it.

‘She’s a woman of great style and taste, a real foodie and, of course, used to run a lifestyle blog, The Tig.

‘She has a very clear idea of what she wants.

‘When the Duke and Duchess of Cambridge got married, Kate knew what she wanted when it came to things such as flowers, cakes decoration and the like.

‘But, overall, she would defer to what the palace wanted in terms of the big picture.

‘Meghan and Harry are very different.’ 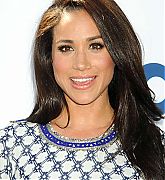 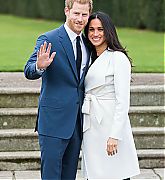 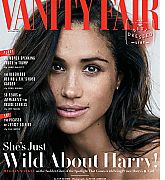 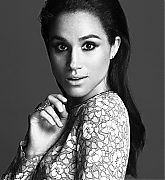 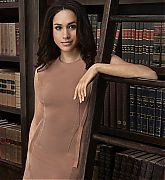 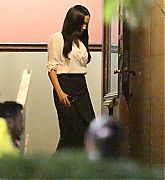