Meghan Markle is continuing her work to empower women and young girls.

Meghan participated in a moderated discussion with Rabbi Sandy Sasso, an acclaimed writer and community leader, as part of the sold-out event. Sasso is the first woman rabbi ordained by the Reconstructionist movement and previously served at Beth-El Zedeck in Indianapolis. The conversation focused on women’s empowerment and the importance of supporting young girls.

Ahead of the event, the organization wrote on its website, “Women’s Fund is proud to welcome Meghan, The Duchess of Sussex, to Indianapolis. The Duchess is a mother, feminist and champion of human rights. She is a lifelong advocate for women and girls, a constant thread she weaves through humanitarian and business ventures.” 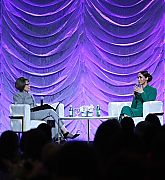 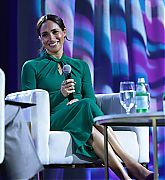 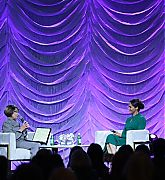 Women’s Fund of Central Indiana has hosted many notable guests for their events, including Michelle Obama, Brooke Shields, Andrea Jung and Soledad O’Brien. In the fall of 2015, Women’s Fund was recognized by both The White House and the Clinton Global Initiative for their leadership and innovation in disrupting the cycles of poverty for women and creating measurable, sustainable solutions that can be replicated across our country.

On an episode of her Archetypes podcast released earlier this month about activism, the Duchess of Sussex recalled a piece of advice she received “just a few days” before her May 2018 nuptials to Prince Harry from “a very, very influential and inspiring woman, who for her own privacy I won’t share who it was with you.”

“She said to me, I know that your life is changing, but please don’t give up your activism. Don’t give up because it means so much to women and girls,” Meghan said. “And I kept doing the work for women and girls because it matters, yes. But also because she encouraged me to do so. And the collective voice of all of us telling each other that matters is perhaps the point. There’s safety in numbers. But there’s also strength in numbers.”

Her fight for women started at a young age, notably when she called out a Procter & Gamble commercial that advertised its Ivory dishwashing soap solely to women. “I don’t think it’s right for kids to grow up thinking these things, that just mom does everything,” an 11-year-old Meghan said during an interview with Nick News.

A few months ahead of her wedding to Prince Harry, she used her platform to encourage people to listen to women at an event alongside brother-in-law Prince William and sister-in-law Kate Middleton.

“I hear a lot of people speaking about girls’ empowerment and women’s empowerment — you will hear people saying they are helping women find their voices,” she said at the first annual Royal Foundation Forum in 2018. “I fundamentally disagree with that because women don’t need to find their voices, they need to be empowered to use it and people need to be urged to listen.”

Supporting women was a key cause in Meghan’s charity work after becoming a member of the British royal family. She became a patron of Smart Works, an organization that helps unemployed women regain the confidence they need to succeed at job interviews and return to work.

Since founding the global nonprofit Archewell alongside Harry, the Duchess of Sussex has continued to advocate for women, from wearing a T-shirt with the words “Women, Life, Freedom” written in Farsi to call attention to the ongoing protests in Iran at the Women@Spotify event in October to a teenage girl with a virtual mentoring session in March 2021. 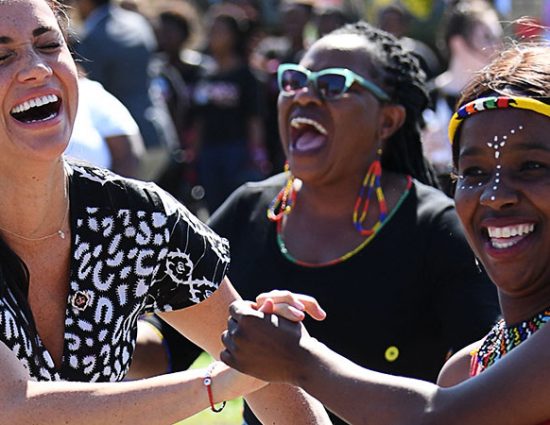