Yesterday, (June 16, 2018) The Duke and Duchess of Sussex were attending the wedding of Prince Harry’s cousin, Celia McCorquodale, as she married George Woodhouse at a small church in Lincolnshire. Celia is Harry’s first cousin, the daughter of Lady Sarah McCorquodale, Diana’s oldest sister (Diana was the fourth of five children). The bride celebrated her big day in a princess-style dress and the Spencer tiara—the one Diana wore when she married Prince Charles 1981. Meghan wore an Oscar de la Renta dress to the wedding. 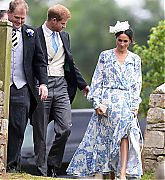 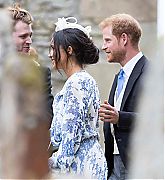 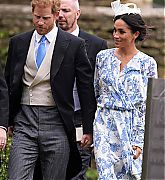 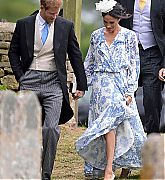