It’s an exciting day, and it’s not just because it’s the start of the tour! This morning Kensington Palace confirmed that The Duke and Duchess of Sussex are expecting a baby in Spring of 2019! How unexpected and exciting! Rumors kicked into high gear last Friday at Princess Eugenie’s wedding, and reports say that’s when Harry and Meghan actually informed the family of the pregnancy. Looks like 2019 will be another busy year for the couple and all us Royal Watchers! Now onto Royal Visit Australia!

It is currently (October, 16 2018) in Sydney, Australia and the official start of the tour. Harry and Meghan arrived yesterday to Admiralty House, their official home away from home for this leg of the tour. The couple reportedly spent the day relaxing and prepping for their busy schedule. You can view those photos here. The Duke and Duchess had a packed day with a variety of different engagements including visiting the Taronga Zoo and Sydney Opera House.

OFFICIAL WELCOMING: The Duke and Duchess of Sussex kicked off the royal tour around 9:00 AM (Sydney, Australia) at the Admiralty House where the couple were officially welcomed by Australia’s Governor General Peter Cosgrove and his wife Lynne Cosgrove with a formal reception. The Governor General and his wife Lynne welcomed Harry and Meghan with Akubra hats and the first set of gifts for the new baby including a pair of baby UGG boots and a stuffed kangaroo and it’s joey! During the reception The Duke and Duchess met with representatives from each of the eighteen countries who are participating in the Invictus Games Sydney 2018 will be present. 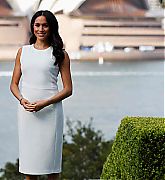 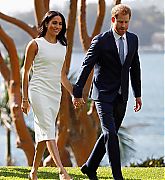 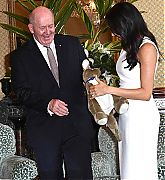 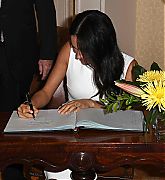 TARONGA ZOO: For their first stop The Duke and Duchess of Sussex visited the Taronga Zoo to officially open the new Taronga Institute of Science and Learning with New South Wales (NSW) Premier. The Duke and Duchess will meet two koalas and their joeys that are part of the Zoo’s breeding programme, Their Royal Highnesses seemed to be really taken with the koalas as they spent ample amount of time petting them. The pair concluded their visit in the laboratory where they met female conservation scientists who are working on efforts to reduce illegal wildlife trafficking. 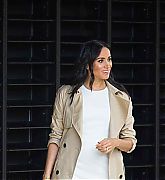 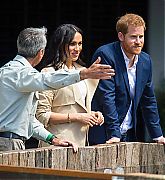 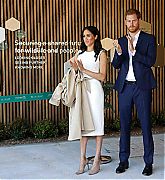 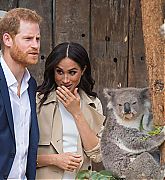 SYDNEY OPERA HOUSE: The next stop was to the Sydney Opera House! Arriving by boat the duo sailed across Sydney Harbour to the Sydney Opera House where they viewed a rehearsal of Spirit 2018 by the Bangarra Dance Theatre, an internationally acclaimed Aboriginal and Torres Strait Islander modern dance company. Upon their departure, the pair walked along the Opera House forecourt, taking the opportunity to meet and shake hands with many members of the public who offered lots of congratulations, flowers, and gifts for the expecting Duchess. 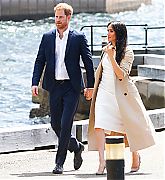 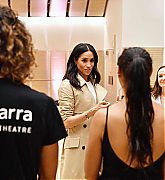 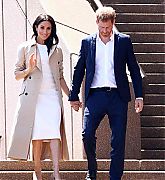 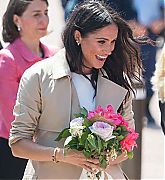 EVENING RECEPTION: The first day of the visit concluded with a Reception hosted by the Governor-General at Admiralty House, attended by Australians from a broad range of sectors including charity and community, business and industry, arts and culture, sport and entertainment. 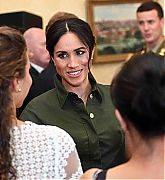 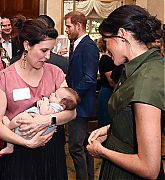 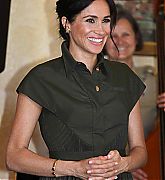 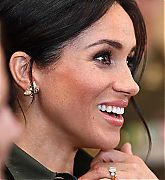 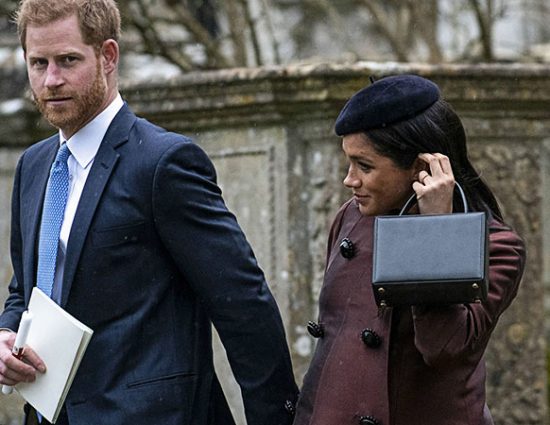 March 17 – The Christening of Lena Tindall 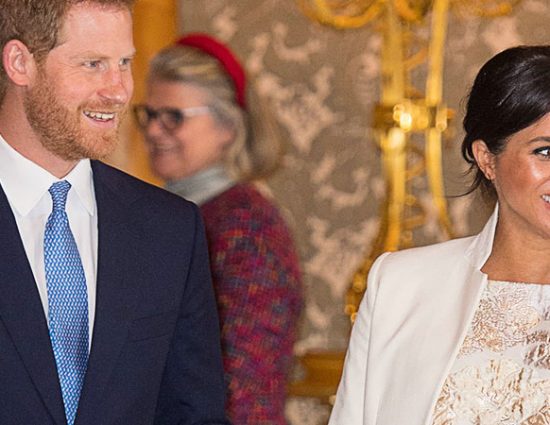 March 05 – 50th Anniversary of the Investiture of Prince Charles Reception
In South Africa, Meghan Markle Will Turn Her Attention to Women’s Empowerment