Meghan Markle and Prince Harry are heading to Africa — this time as a family of three!

The Duke and Duchess of Sussex confirmed on Thursday that they will carry out a royal tour in Africa this fall. In a post on their @SussexRoyal Instagram page, they also hinted that son Archie, born on May 6, will be coming along: “This will be their first official tour as a family!”

They will visit the country of South Africa, with Prince Harry also making stops in Malawi and Angola. He’ll also do a “short working visit in Botswana on route to the other countries,” according to the Instagram post.

“The Duke and Duchess are really looking forward to meeting so many of you on the ground and continuing to raise awareness of the high impact work local communities are doing across the commonwealth and beyond,” the couple wrote on Instagram.

While visiting Malawi, Harry plans to work on expanding the reach of Prince Harry’s Sentebale charity, which he co-founded in 2006 with Prince Seeiso of Lesotho, to support young people affected by HIV and AIDS in Lesotho, Botswana and Malawi.

Princess Diana visited and famously walked through an active landmine area in Angola during a 1997 visit. The photo of Harry and Prince William‘s mother featured the princess wearing a visor and protective gear provided by charity the HALO Trust while walking through the mine area, becoming an iconic image and example of her passion for the cause.

Home to some of the world’s most important remaining wilderness, the presence of landmines in Angola continue to make the African country unsafe for local and animal inhabitants. During the Chatham House event, the prince will listen to the ‘Connecting Conservation, Sustainable Development and Mine Action’ panel conversation, as well as words by the Angolan Minister for the Environment, Hon Paula Coelho, before making his own remarks.

Harry first visited the Cuando Cubango region in southeast Angola with the HALO Trust in 2013. From this trip, Harry was able to witness the first-hand the impact of landmines affecting the civil war-torn areas.

Africa holds a special place in Prince Harry‘s heart, and he has visited the continent on many occasions beginning as a young boy. His Sentebale charity was founded in 2006 with Prince Seeiso of Lesotho to support young people affected by HIV and AIDS in Lesotho, Botswana and Malawi, and Harry has taken part in animal conservation work.

In addition, Meghan and Prince Harry have traveled to Africa together several times. They visited Botswana early in their relationship in the summer of 2016 and again to celebrate Meghan’s 36th birthday in 2017.

“I managed to persuade her to come and join me in Botswana. We camped out with each other under the stars. She came and joined me for five days out there, which was absolutely fantastic,” Harry said after their engagement. “So then we were really by ourselves, which was crucial to me to make sure that we had a chance to know each other.”

They shared a never-before-seen photo of their 2017 trip on their new Instagram account, which showed them assisting with conversation efforts with elephants. 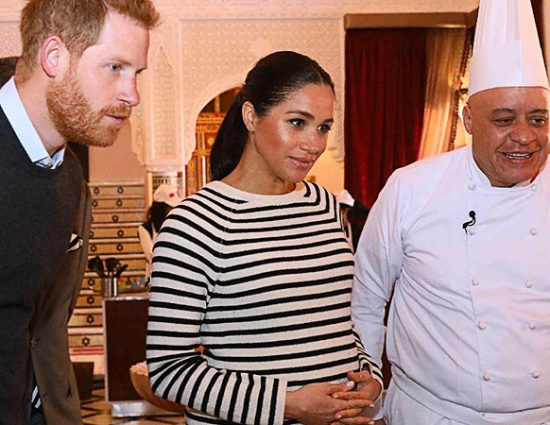