Today, September 12, 2019 The Duchess of Sussex along with her patronage Smart Works launched the Smart Works Capsule Collection in London on the rooftop garden of John Lewis & Partners.

The idea for the collection came after Meghan noticed that while donations to Smart Works were plentiful the sizes weren’t always right or the pieces didn’t always fit together.

With this new collection for every item bought, one will be donated to Smart Works.

In a statement released before the launch, Meghan said:

“Since moving to the UK, it has been deeply important to me to meet with communities and organisations on the ground doing meaningful work and to try to do whatever I can to help them amplify their impact.

It was just last September that we launched the ‘Together’ cookbook with the women of the Hubb Kitchen in Grenfell. Now, one year later, I am excited to celebrate the launch of another initiative of women supporting women, and communities working together for the greater good.

When you buy any item in the Smart Set Capsule Collection for Smart Works, the same item will be given to a Smart Works client, and with it, the confidence and support she needs to enter the workforce and take an important step in building a career.

Thank you to the four brands who came together in supporting Smart Works on this special project – placing purpose over profit and community over competition. In convening several companies rather than one, we’ve demonstrated how we can work collectively to empower each other – another layer to this communal success story, that I am so proud to be a part of.”

Meghan also gave a wonderful six minute speech at the launch which you can watch above. 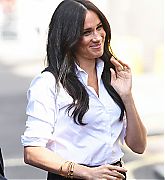 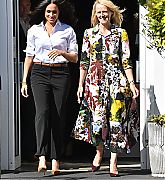 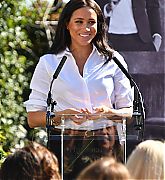 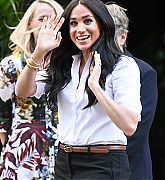 Meghan, Duchess of Sussex, is on a roll with her fashionable projects this week. Days after revealing that she guest edited the September issue of British Vogue, Meghan has announced that she’s launching a capsule collection of workwear to benefit her royal patronage Smart Works, a charity that benefits disadvantaged and unemployed women who are entering or returning to the workforce.

Meghan broke the news in her British Vogue issue, according to royal reporter Omid Scobie. She recruited an impressive set of collaborators for the project: British department stores Marks & Spencer and John Lewis, the brand Jigsaw, and her close friend and fashion designer Misha Nonoo.

The collection will launch later this year and will be sold on a “one-for-one basis,” meaning an item is donated for each item purchased. “Not only does this allow us to be part of each other’s story, it reminds us we are in it together,” Meghan explained in the magazine.

The duchess became the royal patron of Smart Works in January and had a public engagement at the headquarters that month. During her visit, she helped style one woman for a job interview.

Meghan said during her trip, “It’s not just donating your clothes and seeing where they land, it’s really being part of each other’s success stories as women.”

Smart Works has grown quickly ever since Duchess Meghan became involved. In February, the organization helped 187 women in London, which is almost 50 percent more than it assisted in the same month last year. Considering the ever-persistent “Meghan effect,” the phenomenon of an article of clothing selling out after the duchess wears it in public, we can only imagine the impact her upcoming collection will have on Smart Works.

Today, (January 10, 2019) The Duchess of Sussex visited Smart Works, a charity that helps long term unemployed and vulnerable women regain the skills, confidence and tools to succeed at job interviews, return to employment and transform their lives. The charity offers high quality interview clothes and interview training to unemployed women in need. During The Duchess of Sussex’s visit she joined a discussion with volunteers and women they have helped succeed in job interviews and coached a client to help her start her own business. She also took part in two styling session, helping a woman named Patsy style an outfit for her new job. Today, Meghan was announced as Patron of the charity.

“We are thrilled to announce that The Duchess of Sussex will become the Royal Patron of Smart Works. An acknowledged champion of women and their rights worldwide, The Duchess will motivate ever more women to come to our centres and get the job that will transform their lives. The Duchess’s patronage will inspire the women we serve and help them reach for the stars.”

“We have been honoured to welcome The Duchess to our West London centre and see her engage with our clients and volunteers. Her empathy and insight were obvious. The Duchess is a natural coach and our clients were inspired and helped by her.”

“We are delighted to announce that HRH The Duchess of Sussex is our Royal Patron. At Smart Works, we are passionate about helping women be the best that they can be. It is the Smart Works vision that one day we will have enough centres nationwide to reach every woman who needs us. The support of The Duchess of Sussex will help us enormously in achieving this goal.” 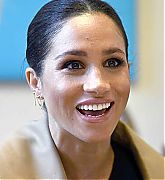 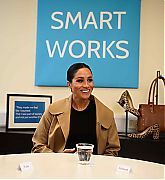 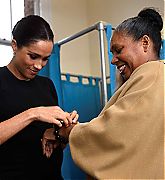 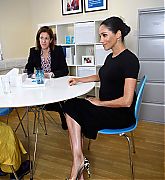