On the final leg of The Duke and Duchesses tour of South Africa, The Duchess of Sussex travelled to Johannesburg for a number of education themed engagements.

UNIVERSITY OF JOHANNESBURG: Meghan’s first stop was to the University of Johannesburg in her role as Patron of The Association of Commonwealth Universities. The Association of Commonwealth Universities is the world’s first international university network, and is the only accredited organisation representing higher education across the Commonwealth. The ACU manages international scholarship schemes, including The Queen Elizabeth Commonwealth Scholarships, and convenes universities to address key policy challenges such as gender and equity, climate resilience, and peace and reconciliation.

During her visit The Duchess of Sussex attended a round-table discussion at the University joining students and educators who openly discussed challenges for girls gaining access to university. Meghan also revealed three new gender grants for the University of Johannesburg, Stellenbosch University and the University of Western Cape. Of which the grant for Stellenbosch will fund a ‘unique campus walking route’ designed to make both men and women feel safer at university. Duchess Meghan also revealed four new Queen Elizabeth Commonwealth Scholarships for students from Tanzania, Zambia and Nigeria. 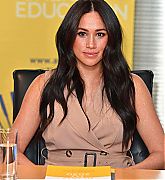 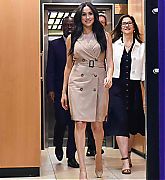 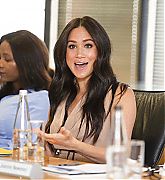 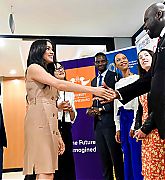 ACTIONAID: Next, The Duchess of Sussex visited a local school in Johannesburg to meet with representatives from ActionAid to discuss a range of issues including gender based and sexual violence in schools. Prince Charles is currently the Patron of ActionAid, a charity that is working to achieve social justice and gender equality, and working to eradicate poverty. Focusing specifically on women right’s which is a thread throughout their work. One of the projects Action Aid works with is the Teddy Bear Clinic, which provides essential support to children and families affected by domestic and sexual abuse. After the meeting with representatives The Duchess traveled privately to meet young girls who are being supported by ActionAid and The Teddy Bear Clinic. 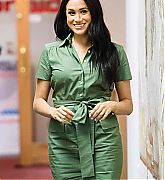 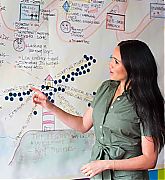 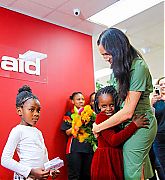 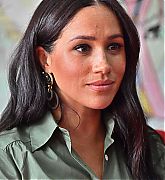 Today, (January 31, 2018) The Duchess of Sussex in her new role as Patron of the Association of Commonwealth Universities made a visit to City, University of London to meet with students from the Commonwealth now studying in the UK. The ACU is the world’s first and oldest international university network, with more than 500 member institutions in over 50 countries. Her Majesty The Queen passed on the patronage to The Duchess of Sussex earlier this year after having held the role for the past 33 years. During her visit Meghan met with scholars and students alike hearing their stories and learning about the work done by the ACU. After her visit Meghan took a few moments to greet the crowd of students who had been waiting anxiously for her in the cold. At one point the crowd started chanting her name. 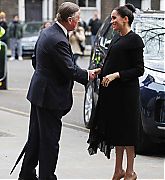 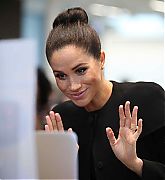 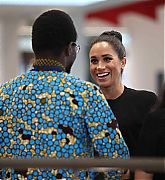 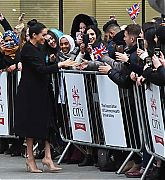 The Duchess of Sussex, 37, is ending the month with a set of solo engagements before kicking off February with a joint outing with Prince Harry, Kensington Palace announced on Friday.

Meghan recently announced the four causes she will officially champion in her royal life, and she’s already paid visits to animal charity Mayhew and Smart Works, a charity that helps vulnerable and longterm unemployed women regain the skills and confidence to get into work.

On Wednesday, the former Suits star will make her first official appearance at another patronage, the National Theatre. The patronage, one of the two roles handed to her by Queen Elizabeth, fits perfectly with Meghan’s acting background.

Meghan will join a workshop with members of the Pericles company, the National Theatre’s first Public Acts production in 2018 which brought over 200 people together with six professional actors to breathe new life into the Shakespeare classic in a musical version. She will then meet current and former apprentices who are working as technicians in various departments including carpentry, metal work and painting. END_OF_DOCUMENT_TOKEN_TO_BE_REPLACED