The Duke and Duchess traveled by charter flight to Fiji’s capital of Suva, where they will embark on a three-day programme, experiencing the rich Fijian culture and generous hospitality.

OFFICIAL WELCOME: Their Royal Highnesses were greeted by a Guard of Honour at the airport, before calling on His Excellency The President of Fiji at Borron House. The Duke and Duchess attended an official welcome ceremony in the city centre’s Albert Park. The ceremony, known as the Veirqaraqaravi Vakavanua, embodies Fijian cultural identity and heritage, and mirrored in format that of the one attended by The Queen and The Duke of Edinburgh in 1953. It involved a number of traditional elements of Fijian culture, including dance performances, the presentation of the Tabua, and a Kava ceremony. Members of the public from across Suva were invited to attend. 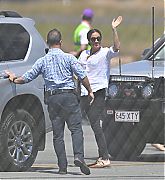 STATE DINNER: From there, The Duke and Duchess left Albert Park for the Grand Pacific Hotel to attend a Reception and a State Dinner hosted by The President of Fiji, at which The Duke said a few words. 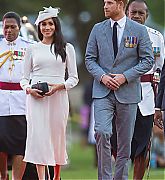 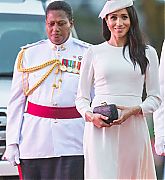 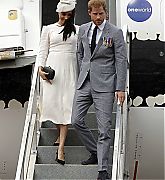 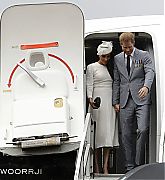